For over one hundred years, the Ladies Literary Club have gathered at our Greek Revival Clubhouse at 218 North Washington Street. An important mission of the club has been the upkeep of our Clubhouse, a Historic Place in Ypsilanti’s historic district.

Donate to the House Foundation

The club created a 501c3 charitable House Foundation, an organization dedicated to the maintenance and improvement of our 1846 Greek Revival Clubhouse. Please use the PayPal button below to donate to the House Foundation.

History of the Clubhouse

The ladies of the club purchased the house in 1914 from Edward Grant, who had fallen on hard times and needed the money. Without a doubt, the club’s longevity can be traced back this brave, astute, and prescient decision to purchase our wonderful 1840s Greek Revival clubhouse.

In 1934, at the urging of the head of the University of Michigan architecture program, Emile Lorch, the house was selected to be part of the Advisory Committee of the American Building Survey (the precursor to the National Register of Historic Places).

Because of age and architecture of the house, its record was deposited in the Library of Congress.

In 1971-1972, the capacity of the building was increased by 2,670 square feet, modernizing the caretaker’s apartment and making a large workroom in the basement. No part of the original building was affected by this addition.

“being worthy of a most careful preservation for the benefit of future generations, and to this end a record of the present appearance and condition has been made and deposited in the Library of Congress, Washington, D.C.” 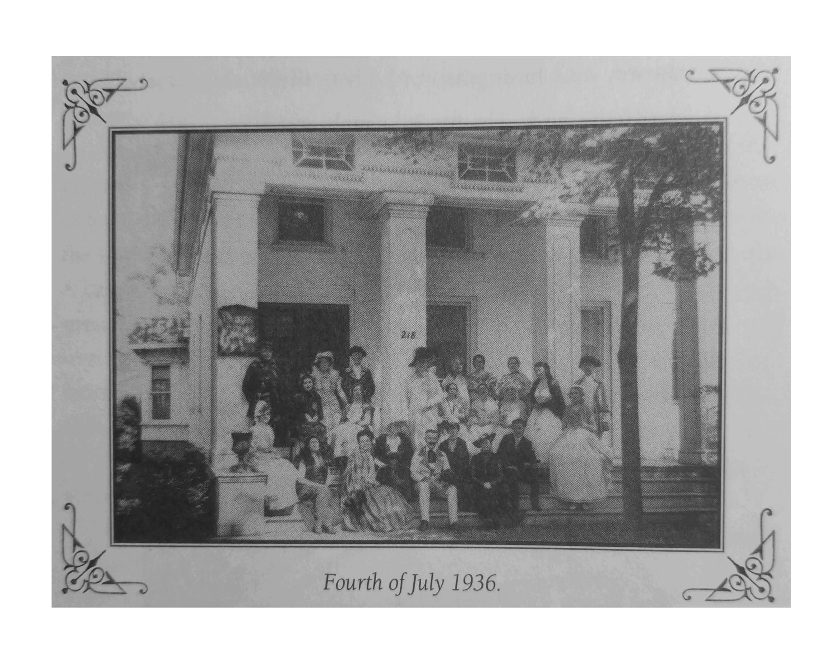 Professor Lorch thought the clubhouse to be one of the finest examples of Greek Revival architecture in the country. Lorch commended the members of the club, who through the years have guarded and preserved their historic home.